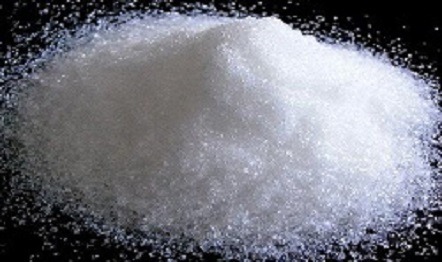 Zinc acetate is the chemical compound with the formula Zn(O2CCH3)2, which commonly occurs as a dihydrate Zn(O2CCH3)2(H2O)2. Both the hydrate and the anhydrous forms are colorless solids that are commonly used in chemical synthesis and as dietary supplements. When used as a food additive, it has the E number E650.

Zinc acetates are prepared by the action of acetic acid on zinc carbonate or zinc metal.

Pharmaceutical Industry: Zinc acetate is used as a dietary supplement and in lozenges used to treat the common cold. Zinc acetate alone is thought to be more effective at treating the common cold than zinc gluconate. Zinc acetate can also be used to treat zinc deficiencies. As an oral daily supplement, it is used to inhibit the body's absorption of copper as part of the treatment for Wilson's disease. Zinc acetate is also sold as an astringent in the form of an ointment, a topical lotion; or combined with an antibiotic (erythromycin) for the topical treatment of acne.

Other Applications: Other uses include wood preserving, manufacturing other zinc salts, polymers, manufacture of ethylene acetate, as a dye mordant, and analytical reagent. Zinc acetate is a precursor via a sol-gel route to the transparent semiconductor zinc oxide.