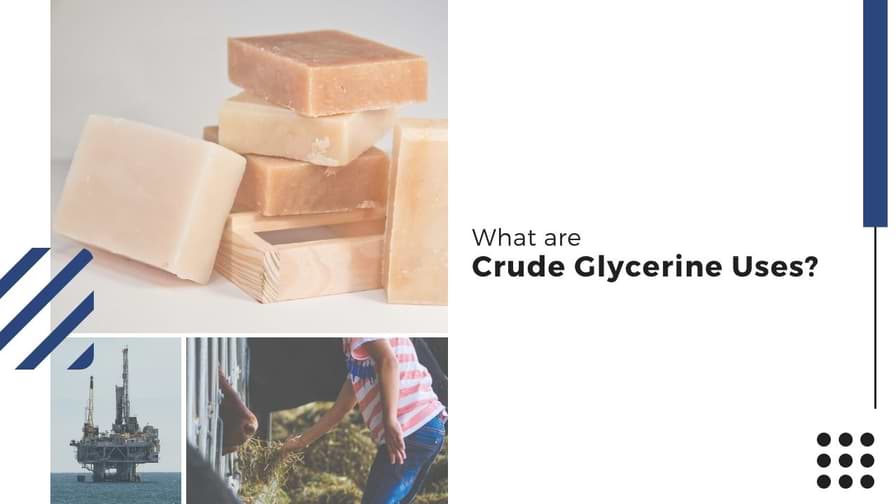 What is Crude Glycerine Used For?

First of all, let’s get started by knowing about crude glycerine here is a simple polyol compound.

A polyol is an organic compound which is made up of many hydroxyl groups. It appears to be brownish in color due to the impurities. It is observed to be odourless which tastes sweet and non-toxic to humans.

One fact to be noted is that crude glycerine is also known as glycerol.

Counting on whether it’s getting used within the field of food science or that of polymer chemistry the term “polyol” may have different meanings.

Of course, without any use of crude glycerine humans would not even consider it an important product.

So let’s cut to the chase of what benefit it provides to us. A major byproduct produced during the production of biodiesel is crude glycerine, which is observed to be containing a large amount of impurities which inhibits its direct usage in industries worldwide.

Crude glycerine is basically the raw version of glycerol so it also contains some other products apart from glycerol itself.

Trying to be a bit technical here by pointing out the composition of the crude glycerol as it is made up of 49% glycerine, 18% methanol, 30% water, 1% sodium oleate, 1% methyl oleate and 1% sodium chloride.

As it is observed to have a lot of potential and high energy content, crude glycerine is used as a substitute for boiler fuel and cogeneration of electricity. In these cases, it is used in large quantities without any refining process.

Let’s dive deep into some more uses of crude glycerine and its byproducts that are generated when it is purified into glycerol.Crude glycerine is refined into pure form and then can be used in cosmetics, food and pharmaceutical industries on large scale use only.

In case of small scale producers, purification has been proven to be way too expensive.

Apparently , there has been rapid expansion in the biodiesel industry, which resulted in reduced cost of crude glycerol.

But as of now crude glycerine price has increased and currently it is priced at Rs. 200 per ton.

Some of the applications of glycerine is that it is used to increase viscosity of the liquid drug and has a wide scope of application in medical and medicine and pharmaceutical industries.

It is also used as a lubricating, softening and sizing yarn and fabrics in textile industries.

Glycerine is an excellent solvent of iodine, bromine, phenol, tannins, alkaloids, and mercury chloride, sounds a bit technical but it is what it is.